Eyeritation No More with Eye Mo! 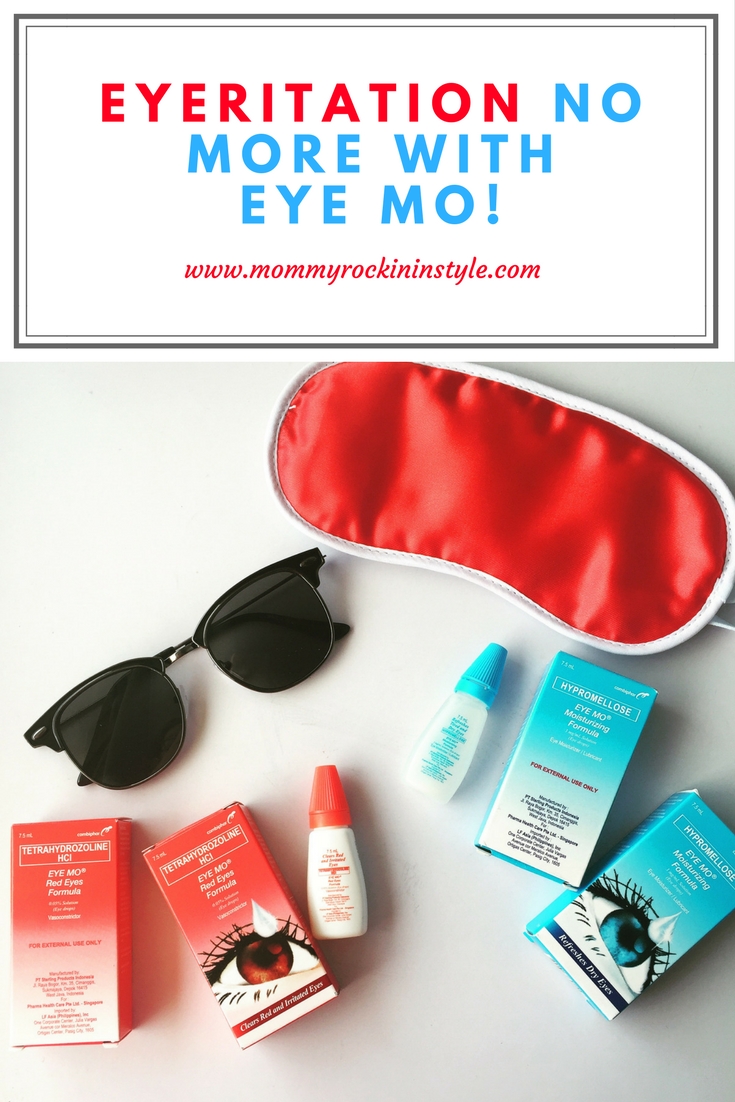 I have been wearing glasses because of poor vision for almost a decade now. At first, I thought it was cool because it gave me this “smart image” look lols. But as I get older, I noticed that my eyes can easily get irritated as well. Excessive working hours in front of my laptop caused dryness to my eyes. There are also times when it feels itchy which is really annoying. Have you experienced it too?

It is very timely when Eye Mo, a leading eye drop brand, hosted the “Eyeritation” campaign which identified the top 5 signs of eye irritation. The brand aims to educate Filipinos and call importance to proper eye care, which usually taken for granted.

Red eyes. This condition is usually caused by allergy, dirt, pollution, smoke, or common eye infections which are the most common among people who have high exposure to outdoor activities such as motorcycle riders and commuters.

Watery eyes. Excessive tearing that is not cause by normal crying may be a sign of an underlying health condition. When too many tears are being secreted, it is often because of irritation or inflammation of the surface of the eye that can be caused by external elements as well.

Sore eyes. This is usually caused by staring at a computer screen or a book for too long.

Itchy eyes. Often caused by allergies. It can also occur when there is constant exposure to mold and dust. Also, as much as you want to do it, rubbing your itchy eyes won’t help.

Dry eyes. Common for people having high exposure to gadgets and working in air-conditioned rooms. Lack of tears or moisture in the eyes is also common as we age.

And the good news, Eye Mo can be used to combat these 5 signs of eye irritation! It comes in two variants, Eye Mo Red Eyes Formula and Eye Mo Moisturizing Formula. Eye Mo Red Eyes Formula contains Tetrahydrozoline HCI for quick relief of eye redness and minor discomforts caused by irritants. On the other hand, Eye Mo Moisturizing Formula contains Hypromellose which lubricates and soothes the eyes, easing it from eye strain and dryness.

Moreover, Eye Mo has made its comeback and now owned and manufactured by Combiphar Group of Companies, a leading multinational Indonesia-based consumer healthcare company and distributed by LF Asia Philippines, Inc. who has more than 40 years worth of success as a leading healthcare distributor.

Four Ways to Preparing for Your Workout